If ever there were a combined pair of words that had the bariatric world buzzing, it’s these two: fat-shaming. These two words can evoke intense emotions for those who have, or who are, suffering from the disease of obesity. Similarly, the family members and loved ones of those who suffer from the disease of obesity are highly sensitive to the numerous varieties of “fat-shaming” that takes places in our society.

My question is: As good as it is to call the world out on their shaming behaviors, would we maybe be better off working on ourselves and, if we are health care professionals, working with our patients, to focus on the ways they shame themselves? AND OTHERS? At least simultaneously to try and put an end to “Other-Shaming.”

What I am talking about today.

How fat-shaming is perceived on social media and what you can do to end it now.

Much is being done to help stop the public and organizations from engaging in fat-shaming. Several national groups have major campaigns geared toward highlighting negative attitudes and behaviors related to fat-shaming.

There are tweets and posts galore inviting us, inciting us, and urging us to help stop the fat-shaming done by society! I agree these are worthwhile efforts that must be done.

What I don’t see very often on social media though are statements encouraging people to get help to stop shaming, bullying, and beating up on themselves. We want an end to shaming, an end to bullying and an end to domestic violence. 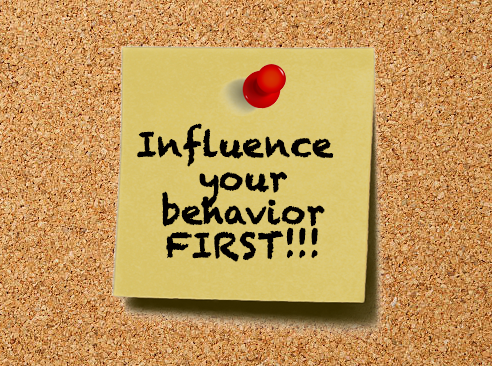 Influence your own behavior before trying to influence others.

What about the ways in which the person suffering from obesity fat shames him/herself? Every day I hear patients shame themselves in ways that are no less critical, demeaning, tragic, or cruel than the comments of those “others” we target in the campaigns designed to stop fat-shaming.

My connection to the effects of fat-shaming…

Much of my work is done at Live Healthy MD where I aim to help those suffering from obesity, both physically and emotionally. Many health care providers, people who are personally struggling with their weight, along with family members and friends, all work together to try to end fat-shaming. Keep on keeping on with those efforts because they are worthwhile!

…And how you may play a part in it too:

In the meantime, are you, regardless of your size, weight, color, or religion, looking within yourself in an attempt to “clean your own side of the street?” Do you have biases about other groups of people being stigmatized? And more importantly, are you aware of, and working on, the ways you stigmatize, dismiss and shame yourself?

Calling a person who suffers from obesity an ugly name, overlooking them for a job, dismissing their opinion or making a critical comment to or about them is wrong. It is wrong when any of us engage in dismissive or shaming conversations or behaviors.

Dealing with the effects of fat-shaming? Contact our office today to learn how we can help.

You’re human and that means you have your own prejudices. You’ve likely engaged in your own dismissive comments about groups other than the one(s) you’re most closely aligned with. Relax, I’m not shaming you! I’m asking you to look at your own side of the street. Does it need sweeping? We all need to keep a broom nearby because we are all guilty of judging others at times.

Use the 4 ACES to eliminate self fat-shaming:

A: Awareness: Listen to your self-talk. Become aware of when you talk negatively to yourself about yourself, particularly if it has to do with your weight. Replace your negative thought with a more neutral or positive self-statement.
A: Acceptance: Accept that it will take time (a LONG time) for you to consistently engage in positive self-talk. Every time you say something compassionate and loving about yourself, you are moving in the right direction!
A: Accountability: Ask your closest friends and family members to help you become aware of when they hear you being critical of yourself. Then take responsibility for rephrasing what you said into something neutral or positive.
A: Attitude: “I tried that. It didn’t work.” That’s not the attitude that will get you to where you want to be. “I’ll work on this because I’m worth it,” is a more useful attitude!
C: Commitment: Every. Single. Day. For the rest of your life. That kind of commitment.
E: Effort: See above. That kind of effort.
S: SELF (self-worth, self-efficacy, self-esteem): YOU. YOURself. You’re worth it.

Every single negative statement you make about yourself is dismissing the value of the person you are. When we treat ourselves more tolerantly and we are accepting of others who we tend to dismiss, then it’ll make more sense to focus on what the masses are doing wrong.

Mental Health, Obesity
Previous Gastric Sleeve Surgery & What It’s All About
Next The Effects of Obesity: Hypertension Great Hobby Ideas to Calm Your Mind and Boost Self-Esteem Making New Year’s Resolutions and Taking Back Your Life