Gastric Sleeve Surgery & What It’s All About

The Vertical Sleeve Gastrectomy surgery is currently one of the more commonly performed surgical procedures for weight loss due to its high effectiveness and perceived simplicity. Since insurance began to cover this surgical procedure in 2010, the gastric sleeve has become the fastest growing bariatric procedure to date.

On average, patients lose about 65-75% of their excess weight within 1 year as a result of the surgeon removing 80% of the stomach. Despite the high effectiveness of this procedure, the stomach is prone to stretching overtime as a result of overeating. Therefore, if the patient does not continue to eat healthy and in smaller portions, they will experience weight regain. That is why we highly recommend follow up visits with your physician as well as finding a support group to hold you accountable.

Before reading, review these terms for a better understanding. 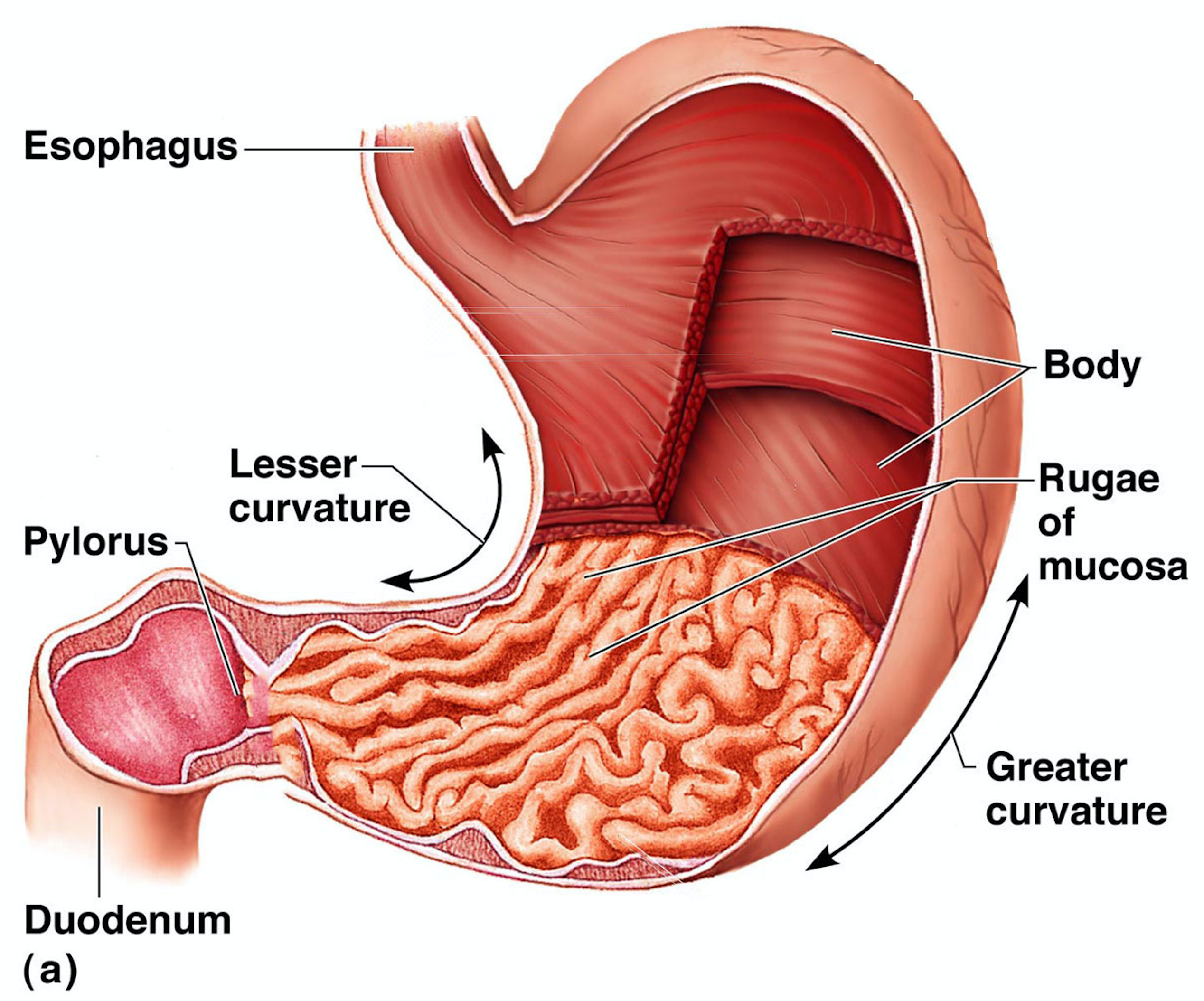 1. Vertical Sleeve Gastrectomy — A surgical weight loss procedure that involves reducing the stomach by 80% as a result of removing the outer/greater curve of the stomach — creating a stomach that is a long narrow tube.

2. Pylorus — the valve between the stomach and small intestine.

3. Esophagus — the food “tube” that empties into the stomach after passing through the chest.

6. Restriction — in bariatric surgery, this term refers to making the stomach smaller so a patient eats less.

8. Laparscopic — A method of surgery that creates small incisions in the abdomen and is performed using a camera. This type of procedure is also known as minimally invasive surgery. 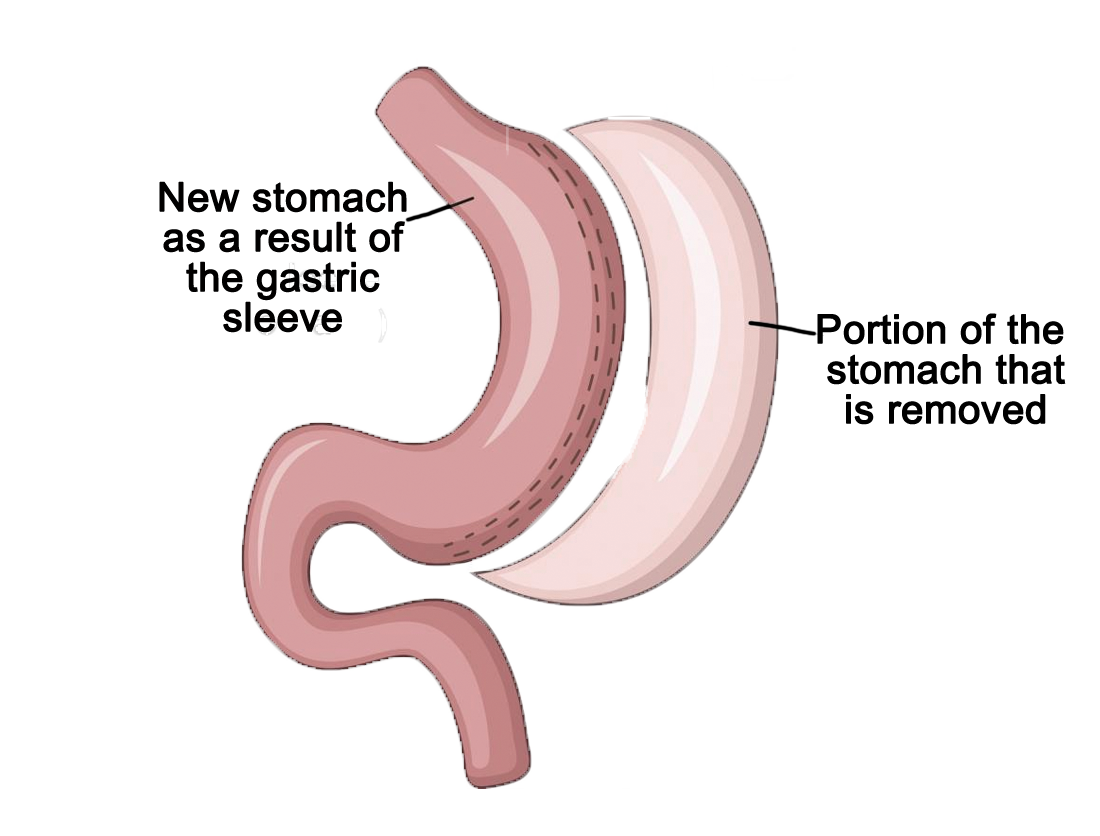 Since weight gain is a result of the over consumption of calories relative to the amount that is burned, the sleeve gastrectomy works to encourage weight loss by restricting the number of calories that can be consumed.  Additionally, it is believed that there is a decrease in the level of hunger hormones that are made by the stomach. Since a large percentage of the stomach is removed, the patient does not feel as hungry.

The New Way of Digestion.

In the normal digestive process, food passes through the stomach and enters the small intestine where most of the nutrients and calories are absorbed. The food then passes into the large intestine (a.k.a the colon).

The sleeve gastrectomy works to create a small narrow stomach essentially a stomach about the size of an eight inch segment of garden hose. As a result, the patient eats much less and feels less hunger. Unlike the gastric bypass, there is no change in the anatomy of the intestine so there is no malabsorption. 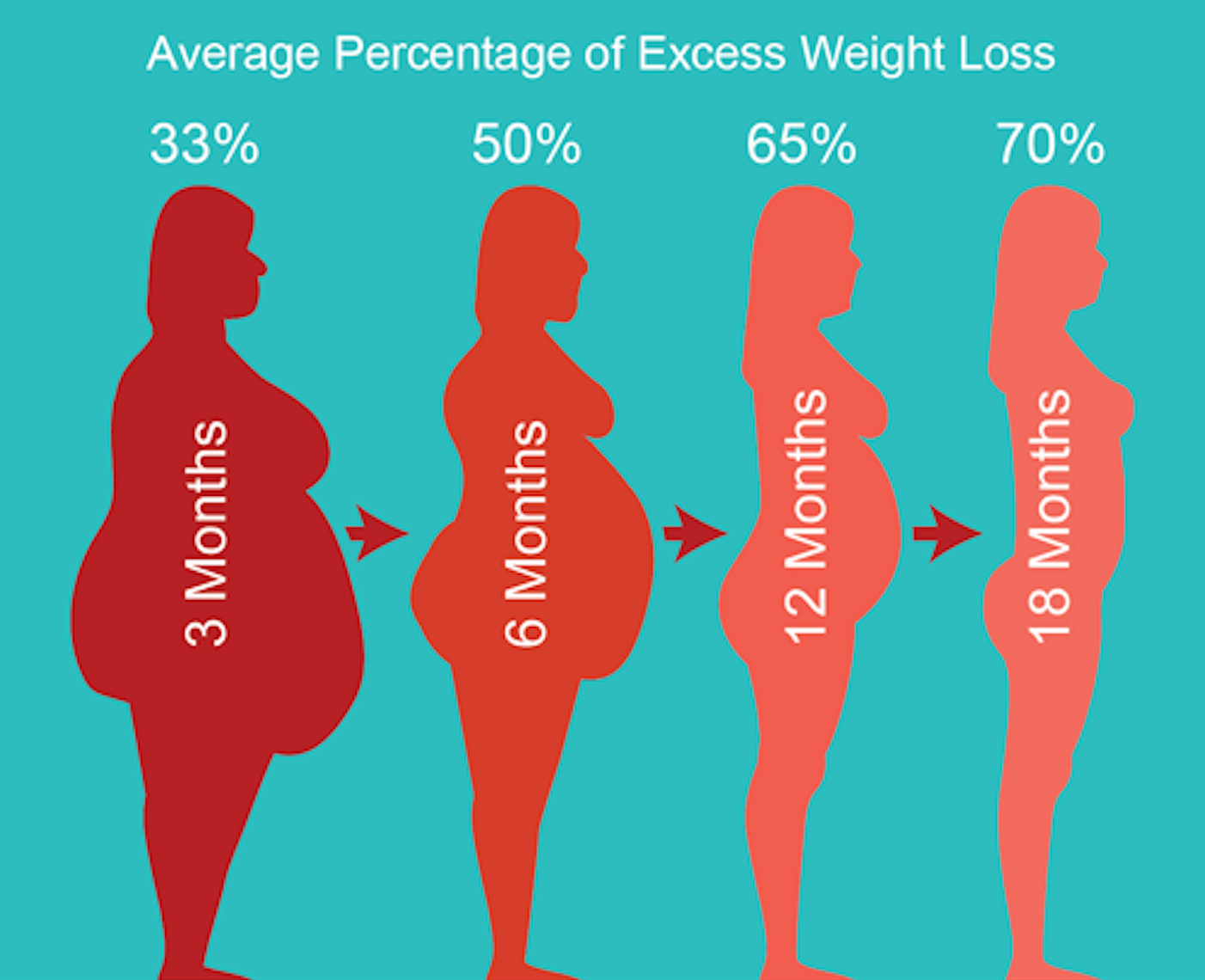 The obvious benefit of sleeve gastrectomy surgery is weight loss.

Traditionally, surgeons would claim that weight loss surgery was effective because it resulted in eating less (restriction) and absorbing fewer calories (malabsorption). Although this is true, there are more important mechanisms as to why patients lose weight following bariatric surgeries.

Based on current research, physicians and educators believe that weight loss after a sleeve gastrectomy is also due to a reduction in the levels of hunger hormones, most notably ghrelin, which is believed to stimulate our desire to eat.  After removing a large percentage of the stomach volume, the levels of ghrelin are reduced so we feel less hunger after having the gastric sleeve.

The future of gastric sleeve surgery is much safer.

In the past, bariatric surgery was performed by creating a large incision. Not only is this unappealing, but doing an open operation carries more surgical risk. Currently, all of these operations, including the gastric bypass, are performed laparoscopically (TV camera surgery) or even with the surgical robot.

As bariatric surgeries have evolved, so has the risk of surgery.

Many patients know they need to lose weight but are afraid to consider the option of weight loss surgery because of the perceived risk. However, a laparoscopic sleeve gastrectomy has less risk than many other commonly performed abdominal surgeries. In fact, for our obese patients, the overall risk of the disease of obesity and its health consequences is greater than having surgery to lose weight.

The benefits of the gastric sleeve.

As mentioned above, not having weight loss surgery can actually be more detrimental and fatal to patients than having the procedure done.

Like other surgical weight loss procedures, the gastric sleeve cures many obesity-related health concerns, so long as the patient continues to maintain their “new” weight. In most cases, the gastric sleeve will cure diabetes, sleep apnea, hypertension, joint pain, and heart disease as well as the rate of cancerous risk significantly decreases.

So, what are you waiting for? Contact us today to learn more about what surgical weight loss options are available for you. How Safe is Weight Loss Surgery? What You Didn’t Know About Post Weight Loss Surgery