How Habits Work and How to Change Your Unhealthy Behavior

We all have numerous healthy daily habits, which (hopefully) include things like showering, brushing teeth, eating meals at regular times, and washing our hands after using the bathroom (especially now with COVID). People can also develop unproductive habits such as biting their nails, twirling their hair around a particular finger, or saying “um” many times throughout a sentence.

Habits are actions that are automatically triggered by a cue in our lives. If you automatically brush your teeth in the morning, it’s because it’s part of a “morning ritual” that we learned as young children. Bedtime is another “cue” that reminds us it’s time to brush our teeth.

We don’t have to put a lot of thought into engaging in our habitual, routine behaviors. We have done them for so long they are “just part of what we do.” One piece of good news about habits is that we don’t have to “work” at them once we have established them.

The “how” of creating a habit is simple: pick the desired behavior and do the action in the same context until it becomes part of your automatic routine.

Habits are formed after you follow a psychological pattern called a “habit loop” over and over again. The habit loop involves a cue, then a routine, and finally the reward. For a habit to form, your brain must feel some form of reward over time to help you remember to do the habit in the future. 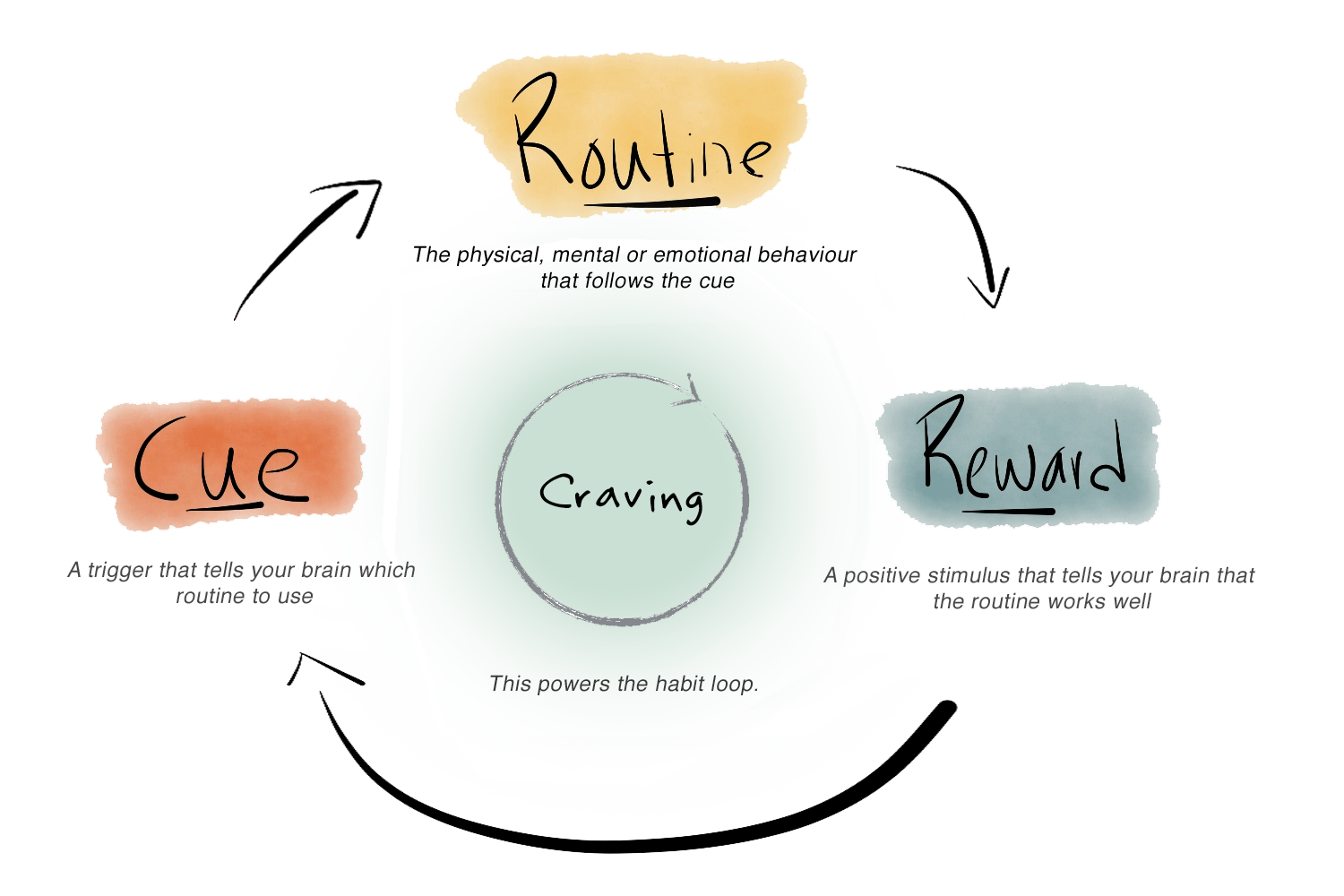 We learned to wash our hands after using the bathroom as children, so it is now a habit. Some people call a friend, a partner, or a parent every day on their way to or from a work. The cue or reminder to make the call is the commute.

It takes some time to be mindful, or consciously put effort into creating a habit, but once it becomes “automatically paired” with a time of day or a certain activity, you don’t think about doing it anymore. At that point, it’s a habit.

Charles Duhigg in his book, “The Power of Habit“, says that “the brain starts working less and less. The brain can almost completely shut down. … And this is a real advantage, because it means you have all of this mental activity you can devote to something else.”

This explains why you are able to multitask because those habits have now become mindless. Women, maybe we can teach our husbands something about this….

How to Develop New Habits

The development of new habits, although simple in theory, can be quite challenging in reality.

Let’s say I want to develop the habit of standing up for at least a minute for at least twelve hours of the day (you do know that “sitting is the new smoking””). Getting up every hour and walking around for a minute or two would certainly not come to my mind if I didn’t incorporate some assistance to remind me to do so. 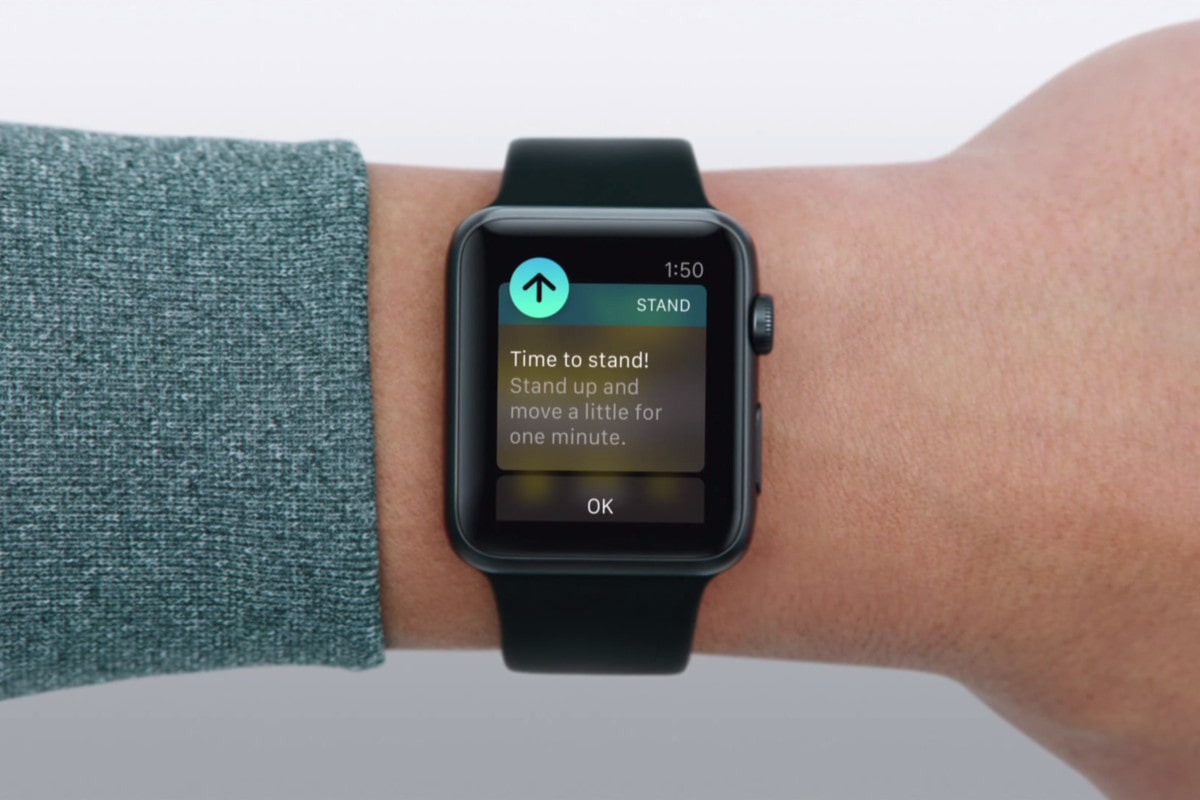 Fortunately, I have a smartwatch that will beep at me every hour and remind me that it is “time to stand!” Then it tells me I did a “good job!” when I follow through. Because I have been wearing my watch for some time and engaging in this practice, standing up each hour has become very much a habit that I no longer need to think about. Sure, the reminder is helpful, but I am now very conscious of making a point of not sitting for too long.

The same strategy is used to develop all types of habits. We pair a behavior with a time of day or some other cue in our environment. Then we follow through with completing that behavior until it is automatic: a habit.

As stated earlier, this is a simple process. The bad news is that habits that require more effort and/or may not be something we want at a deep level or are willing to put effort into don’t often “stick” over time.

Studies have proven that we stick to habits when the environment is the same, but if you change your environment, like taking a vacation, you are likely to change your behavior.

“It’s also a great reason why changing a habit on a vacation is one of the proven most-successful ways to do it,” Duhigg says. “If you want to quit smoking, you should stop smoking while you’re on a vacation — because all your old cues and all your old rewards aren’t there anymore. So you have this ability to form a new pattern and hopefully be able to carry it over into your life.” – NPR

How to Make Healthy Habits

When people start their weight loss journey, they are often eager to work toward developing habits to include: meal prep, staying away from fast food, drinking more water, keeping track of food intake, and exercising. Speaking of exercise, this is another behavior that needs to become a habit of having optimal health.

So what does it take to turn a more difficult behavior into a habit? And how long does it take? You can forget about that “21 days” you’re heard about for habit development. In most cases, that is a myth! How to Workout from Home + Free Bariatric Home Fitness Guide The Beginner’s Guide to Exercise as a Bariatric Patient How Does Diabetes Affect Sleep?